The two recordings (above) are of poetry combined with music that I composed in 2011. My grandmother’s voice can be heard performing this famous Welsh poem on the first recording. In the second recording I provide an English translation. My grandmother used to recite the poem to me when was a child and these memories were in part the inspiration for the music. The photo shows the sea covering part of Cantre’r Gwaelod. This was taken in July 2011 @ Cardigan Bay. 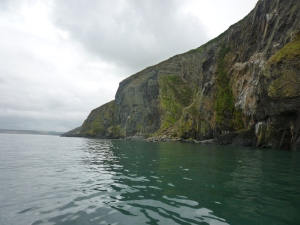 I wanted to use Cantre’r Gwaelod as an allegorical tale to warn of the dangers of climate change. The theme of transience also reverberates for me through the voice of my late grandmother. However, it is the permanence of love that prevails and the piece suggests that love is perhaps the solution to the problem of climate change.

The fabulously talented Kathryn Harris is the cellist on the recording. She is a professional cellist currently playing in the BBC National Orchestra of Wales.